Home » Ask The Experts » Can you go to jail for not paying debt?

Can you go to jail for not paying debt?

Debt collectors are finding ways to send you to jail 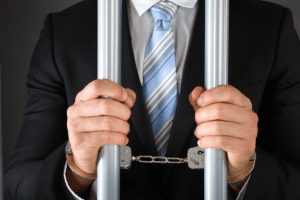 Debtors’ prison is not supposed to be something you have to worry about in Canada these days. The practice of sending people to jail over unpaid debts was abolished over two centuries ago. There shouldn’t be any reason you end up in criminal court over any kind of debt… except possibly debts owed to the government in the form of criminal court fees.

Unfortunately, it seems like debt collectors are finding ways to get around these restrictions. A man was arrested over an unpaid $1,500 bill for a student loan debt from over thirty years ago.  What’s more, a report from NerdWallet seems to indicate this isn’t an isolated incident. It could potentially happen with any debt, including one incurred with a credit card.

The practice is definitely underhanded, but is it illegal?

Debt collectors have found ways to exploit a loophole in the system so people can get arrested over a debt.

Here’s how it works:

Sneaky, sneaky collectors. Because they often use tactics like “sewer service” which refers to the practice of or literally throwing collection notices and court summons into the sewer instead of serving the debtor as required by law.

“If disreputable debt collectors are going to use tricks like this to turn civil matters into criminal, then the laws need to be amended to close loopholes that can put hardworking families at risk of jail time,” says Jeff Schwartz, Executive Director at Consolidated Credit. “Without a doubt, people should make every effort to pay what they owe, but if you lose your job and can’t pay back a debt, you shouldn’t have to fear being put in jail alongside hardened criminals.”

Take action to protect yourself now

The laws will be changed to close these loopholes and make it impossible for debt collectors to have you jailed.

Unfortunately, even if lawmakers decide to create a new law that closes the loophole, it could take several years. In the meantime, this practice can continue until it’s outlawed.

“If you have an unpaid debt, you can’t just ignore it because now, depending on where you live, you might have a warrant issued for your arrest as a result,” Jeff explains. “So even if you can’t pay the debt back, you need to do something – even if that something is filing for bankruptcy. After all, bankruptcy is definitely not the worst thing that can happen in a world where you could be confronted over an unpaid debt.”

If you have a debt in collections, you need to take action. Here is what you can do:

Make sure the debt is actually yours.

If it’s not yours, give them notice top stop contacting you.

By law, you can inform the collector that the debt they’re owed is not yours and you no longer wish to be contacted. Note the date and time of any phone conversations. You may also want to send a registered letter so you have proof that you notified them in case you need to prove it in court later.

If it is your debt to pay, explore relief options.

For credit card debt, even if a debt is in collections you can still go through credit counselling to see if it can be included in a debt management program. In fact, even if you’re being sued already, consolidation may still work for you. Note that a debt management program has been shown to reduce qualifying debtor’s total monthly payments by 30-50 percent. Hardship programs for student loan debt consolidation can lower your payments to 10 percent of your income. If you’re below the Federal Poverty Line, you may not have to pay anything until you have the income.

If all else fails, file for bankruptcy.

Particularly for things like medical debt and credit card debt, filing for bankruptcy allows the courts to either arrange a repayment schedule you can afford or discharge remaining balances if you are without means to pay what you owe. Filing means you go to court on your terms instead of the collector’s terms. Once you have the court order you’d be protected from further legal action relating to the same debt. The worst thing you’ll have to face is a ten-year negative remark on your credit.

One potential downside is that federal student loans and even private student loans can’t be discharged during bankruptcy. However, discharging other debts may give you the means to make payments on your student loans so you can regain control. Otherwise, your best option may be federal loan consolidation – especially if you’re out of work completely or have limited income.

If you have questions or you need help determining what your best path out of debt really is in your unique financial situation, we can help. Call Consolidated Credit today at 1-844-402-3073 to speak to a credit counsellor. There’s no charge for the consultation. You won’t incur another bill that has to be paid back for getting the one-on-one advice.