More than a third of Canadian families owe double their income

TORONTO, ON)  — Thirty-five per cent of Canadian families are in deep – really deep.  Statistics Canada recently released a study showing that more than a third of Canadian families have a debt-to-income ratio of 2.0 or more – meaning they owe at least twice as much as they make.

What’s worse, Canadian debt levels are on the rise.  Key findings in the Statscan paper, which is based on data from 2012, include:

The study reflects a continuing trend of Canadians spending more and saving less, with BMO reporting earlier this month that 20 per cent of Canadians failed to save anything at all in 2014.  A further 40 per cent of respondents said they aren’t saving enough.

Jeff Schwartz, executive director of Consolidated Credit Counseling Services of Canada, is worried about what will happen if any of these families encounter sudden unemployment or illness.  His organization saw a 38 per cent increase in Albertans seeking debt relief in February 2015 compared to February 2014, and he believes a sudden downturn in the oil industry was a factor.

“Not many people could’ve predicted the sudden drop in oil, but it happened,” says Schwartz.  “The rest of Canada needs to take that as a cue to start living well within their means because it proves that anything could happen.  Forget about saving for a rainy day – you need to be ready for a flash flood.”

The report also shows that median family assets have risen in Canada, from $225,400 to $405,200 over the same time period.  But Schwartz warns that an increase in assets is not an excuse to ignore household debt.

“If your increase in assets is related to the value of your home, it isn’t a liquid resource,” adds Schwartz.  “Unless you sell your house and move to a cabin in the woods, you won’t be able to spend that cash.  And who knows what will happen to the real estate market?”

Schwartz offers the following tips to Canadians looking to rein in their finances and bring their debt-to-income levels back down to Earth:

Live below your means – It’s not enough to live within your means; you should live below your means so that you have plenty of extra income leftover to direct toward savings, debt repayment, and retirement/education funding.  Clinging to the edge of a cliff is not a sound financial plan.

Trim the fat – Until you go over your spending in close detail, it is hard to know where you are over-spending.  Download your bank and credit card statements and look at the black-and-white of your spending.  Zero in on discretionary spending like restaurants and entertainment.  You may be surprised at how much you’re spending.

Revisit your budget – If you have a budget in place (or if you don’t have one at all), it’s time to think about making a new one.  Tweak your spending so that you make sure you are meeting your financial obligations, and download a budgeting app for your smart phone so that you can track your spending on-the-go and keep yourself honest.

Get help – If you’re barely treading water, you might need a lifesaver.  Speak to a non-profit credit counselling organization to see what your options are for debt relief.  The sooner you face your problems, the sooner you’ll get back on track to financial security. 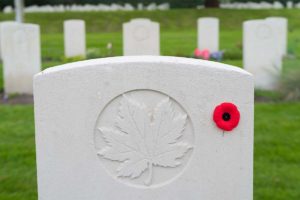 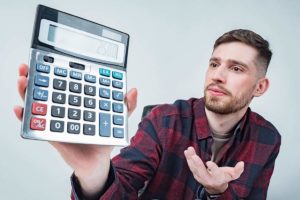