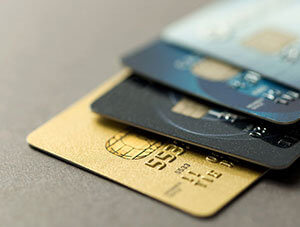 They’re paying down debt from those charges more frequently, too.

Looming trade deals that could lead to a shortage of milk and cream for double-double coffees won’t knock Canadians down. In fact, they’re managing their debt better than before, according to a study from the Canadian credit bureau TransUnion.

The renegotiating of NAFTA to the USMCA — or United States–Mexico–Canada Agreement — as well as rising interest rates, are fair reasons to leave consumers wary toward spending, but that’s not the case.

“We’re seeing some really interesting dynamics play out in Canada when it comes to consumer debt,” says Matt Fabian, a director from TransUnion Canada.

Put it on the card …

Credit card use has gone up in Canada, both in the total number of cards issued as well as an increase in balances. The number of cards in wallets went up by 5.6 percent since last year, and the total amount charged to credit cards went up 3.25 percent, closing in on a national card balance of $99 billion.

Despite the increase in debt and ways to spend that debt, serious delinquency rates — or the number of unpaid accounts — remain in control.

“Consumers continue to open new cards, use their cards, and perform well on their obligations, which are indications of a sound credit market,” says Fabian.

This is a different story than a year ago when the number of cards issued dropped by ten percent from 2016 to 2017.

… And only the card

Most Canadians are comfortable with roughly $30,000 in debt, Fabian says, and that amount is starting to plateau and has been steadily decreasing over the past year.

Non-mortgage debt also has increased, but at a marginal rate when compared to the spike in credit card use.

The average non-mortgage consumer debt for Canadians increased to $29,648, up 3.9 percent from last year. Credit cards accounted for 2.3 percent of that jump, while other forms of debt accounted for 1.6 percent. This is the third consecutive quarter where non-mortgage, non-credit card debt has gone down compared to the previous year.

Parents are still footing the bill

Younger generations still can’t afford housing, and their parents are refinancing mortgages to fund their expensive kids. It obviously has nothing to do with $10 lattes, $40 vegan meals or buying bougie Canada Goose jackets.

Younger Canadians were given significantly less mortgages than last year, and their elders are taking out much more.

“It might be that these older generation Canadians are re-mortgaging or borrowing against the equity to support retirement or to financially support younger generation family members,” reads the press release.

Or in layman’s terms — my kids won’t leave home because the rent is cheap, and my fridge is always stocked.

Compared to last year, there was a 3.4 percent decrease in the number of mortgages issued. This could have to do with new rules that came into play late last year, requiring more people to take a financial stress test to qualify before lending.

Although new rules tighten the belt on the number of mortgages issued, Canadians are positioning themselves for better lending opportunities.

“We found that 91% of Canadian consumers either remained in their same respective risk tiers [for consumer credit score] or improved during the second quarter of 2018. This is great news for consumers, as more people seeking loans may be eligible for better rates,” Fabian says.

I guess that means the kids may move out one day.