How to prevail with a cooler head 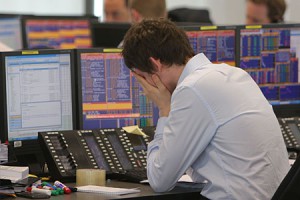 This past week, the North American stock markets have taken collective nose dives and generated “Breaking News” headlines- the likes of which are usually reserved for major news stories like natural disasters or plane crashes. As often happens, the markets have rebounded dramatically after this major drop.  Still, the sensational numbers in the media make it easy to see why people are flustered:

There is talk of recession and rocky economic times ahead. Simply reading the news might make you feel like you’re riding a bit of a financial roller coaster. The lesson here – what goes up, will (and does) come down.  How sturdy are your finances? Could they weather a financial storm?

“It’s one thing to be worried about your own finances, whether it be a large debt load, or simply trying to balance your household budget month to month to cover expenses. It’s another thing to worry about the economy in general and how that might impact you financially,” says Jeff Schwartz, executive director at Consolidated Credit Counseling Services of Canada. “That adds a whole other layer of stress.”

“While you have no control over what direction the economy goes in, you do have control over your own financial picture,” adds Schwartz.  “There is no time like the present to build a solid financial foundation to help you feel less of an impact in a financial storm.”

While Canada technically has experienced a recession in the last couple of quarters, and Stats Can’s latest figures suggest that we can likely expect some pretty good economic growth later this year, you really never know.

It’s often a bit of a snowball effect when the economy starts rocking, and things like job loss, downsizing, slowing real estate markets and other economic threats become more commonplace. What would you do today if you lost your job, were forced to take a pay cut or had to sell your house for less than you would have otherwise liked?

If you’re not tackling your debt already, make plans today to aggressively pay down your debt load.  Less debt means more cash flow- which gives you more control. It gives you time and space to make better financial decisions.

Should you experience a job loss or reduction to your income, you’ll be breathing a sigh of relief knowing that you’ve given yourself that extra space in your budget.

The frugal among us will have a lot easier time adjusting to a financial downturn.  If you make a habit of smart shopping, looking for deals and accounting for your spending, then your world will remain intact in the event that you need  to work with less money.

Not only will you already be savvy with savings tools, you won’t feel like you’re sacrificing. It’s just another day of frugal living.  Personal finance blogs such as FrugalFrieda.com are chock-full of simple ways to minimize your spending.

While you are paying down your debt, make sure that you’ve got an emergency fund set up in cash. You may have savings socked away- but they may be tied up in things like stocks, locked-in investments or even in real estate. All of these are potentially great assets but aren’t accessible if you need them in a hurry.

You might be inclined to panic when markets are diving and the economy appears to be lurching sideways. One of the best ways to maintain control over your own finances is to become more financially literate. You’ll better understand the mechanics of the markets and how they apply to you.

What’s your financial plan? Could you manage your expenses in a challenging economy? Is your debt growing, despite your efforts to reduce it? Call one of our trained credit counsellors at 1-888-294-3130 or check out our free online debt analysis tool to get started. 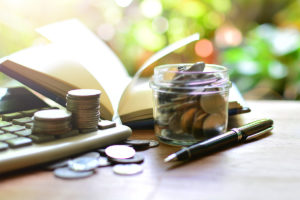 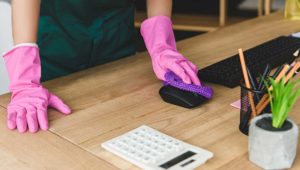 Spring cleaning for finances can get your financial house in order. Take some time to organize your finances and reinforce your debt fee strategy...Read full article