Home » Financial News » Full time jobs are on the decline

New numbers from Statistics Canada suggests full time jobs are on the decline and part time work may be the new normal. For the month of November the Canadian economy added 10,700 jobs and brought the national unemployment rate down to 6.8 per cent from 7 per cent. However there was a gain of 19,400 part-time jobs while 8,700 full time jobs were lost. 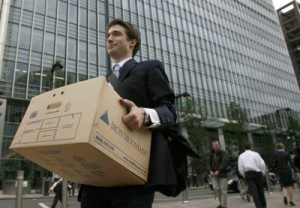 A year ago, the jobs forecast painted a different picture on a national level, 213,700 part time jobs were gained while 30,500 full time positions were lost.

“The reality is everyone would love to have a full time job however Canadians may have to learn how to adapt to a changing job market,” says Jeffrey Schwartz, executive director, Consolidated Credit Counseling Services of Canada.

“Adapting to the new normal may take getting used to however the sooner you make some adjustment to your lifestyle, the easier the transition will be,” says Schwarz.

The jobless rates per province are as follows:

As Canadians try to adjust to the job market in their specific province, Consolidated Credit Counseling Services of Canada offers the following tips:

If you’ve experienced a recent job loss, create a budget to reflect your loss of income. Cut back on your expenses and look for places you can save money (e.g. get rid of your home phone and use only your cell phone).

Do you qualify for Employment Insurance?

Nothing is more frustrating than scrambling to find the appropriate paperwork in order to qualify for Employment Insurance. The more you know about how to qualify, the more prepared you will be in the event you lose your job.

When you are out of work, it can be very tempting to use your credit card. Remove the temptation by using your debit card only for payment. Creating a mountain of credit card debt while unemployed will put you further behind when you do get back to work.

Seek the advice of a trusted financial advisor

If you’ve recently lost your job and now you’re struggling to make ends meet because of your mountain of debt, it is time to contact a trained credit counsellor to help you overcome your debt troubles.

Recovering financially from a job loss can be tough. If you are struggling to manage your debt, give one of our trained credit counsellors a call now at 1-888-294-3130 or go online for a free debt analysis.