ed percent symbol inside the symbolic house. The arrow shows the rise and fall of percent. Financial concept.

Yet, one-third feel better about their debt than last year

More Canadians might be apologizing to their bank if they can’t pay down their debt. 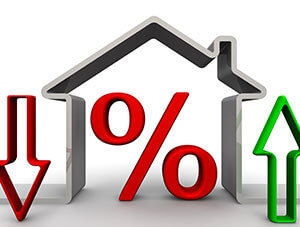 One in three people across the country worries rising interest rates could move them towards bankruptcy, according to a recent study from debt consolidation firm MNP. In addition, more than half of Canadians are worried they won’t be able to pay down their debts as interest rates continue to climb.

Those fears originate from an unprecedented jump in borrowing rates over the past 15 months that broke up a nearly decade-long trend of shrinking interest rates. The spike has gone from .5 percent to 1.5 percent, and on Wednesday, that rate jumped again to 1.75 percent. Part of this increase is due to the dismantling of NAFTA, replaced by the new US-Mexico-Canada Agreement.

“More Canadians are feeling it,” Grant Bazian, president at MNP says. “With little decrease in household debt and the pace of rate hikes expected to accelerate, we will likely see a more immediate and significant effect on borrowers with rate increases in the future.”

Despite the unease some are feeling, roughly three in ten said they have a better handle on their debt than a year ago, over one-third said their debt situation is better off than five years ago, and more people are using credit cards.

Among generations, millennials are most concerned about growing interest rates. More than 60 percent said they worry about their ability to pay down their debt, followed closely by generation X’ers.

The majority of baby boomers, on the other hand, feel more secure. Only 40 percent have the same concerns as their younger counterparts.

The major issue for the youngest generation in the workforce is that they’re yet to experience a high-interest rate pinch.

“There’s an entire generation of Canadians who never experienced a higher rate environment,” Bazian says. “They’re not used to navigating expensive debt or negotiating unexpected costs with anything other than credit.”

The future doesn’t look bright either. If household debt doesn’t begin to drop, Bazian wrote, then interest rates can be expected to keep going up.

There is a little hope for optimism. A large majority — roughly 80 percent — of Canadians plan to wrangle in their frivolous spending to combat higher interest rates. Additionally, almost four in ten people (39 percent) said they expect their debt situation to be even better in a year’s time and half envision their debt will improve within the next five years, according to the study.

The French are the most comfortable

Those Quebecois always have to be different — even when it comes to their debt.

Out of the citizens studied, 49 percent of people from Quebec said their debt situation is good, while only 28 percent of Atlantic Canadians said the same.

People who said their debt situation is good by Province

Those Frenchies dominate just about every other category, too. Only 48 percent said they are concerned about their ability to pay down their debt with higher interest rates, tied with British Columbians.

Atlantic Canadians are the most concerned are most likely to change their spending habits at 87 percent, compared to the people of Quebec at 72 percent.

People by Province who are likely to change their spending habits

Nationally, more than two-fifths — 43 percent — of Canadians say they regret how much debt they’ve taken on. Looks like some are trying to apologize to themselves as well as the bank. 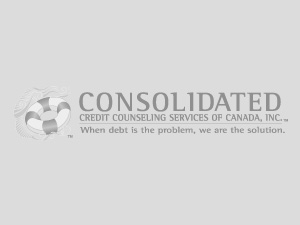