How to pay down consumer debt with grit and tenacity 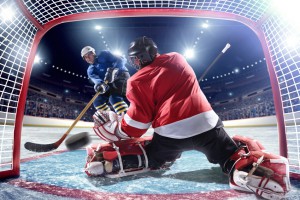 (TORONTO, ON)  — The Stanley Cup Finals are just around the corner.  The teams that make it to the finals represent the total package of hockey excellence; they have to be perfect units to get through the grueling playoff brackets to play for their chance to raise the cup.

For some, the quest to shed consumer debt can feel as gargantuan as the quest to win Lord Stanley’s Cup.  According to TransUnion, the average Canadian non-mortgage debt is $21,428, with Calgarians owing the most – a Saddledome-sized $28,922.

With half of Canadians living paycheque-to-paycheque, Jeff Schwartz worries that many will have a difficult time digging out of their debt hole.  The executive director of Consolidated Credit Counseling Services of Canada is concerned that cash-strapped Canadians are only making minimum payments on the credit card bills.

“Sure, making minimum payments will keep your creditors off your back,” says Schwartz.  “However, you have just put yourself on the forever and ever plan-taking decades to pay off the debt.”

“Even the worst NHL team could rebuild and win a Stanley Cup in the time it would take you to pay back a debt of $3,720 with minimum payments,” says Schwartz.  “If you don’t have a goal to pay down consumer debt as quickly as possible, the interest could keep you on the penalty kill for a long time.”

Schwartz says we can learn a lot from this year’s bullet-proof Stanley Cup finalists, and he put together a list of must-haves if you want a championship financial outlook: