Feeling the pressure of rising interest rates? You’re not alone 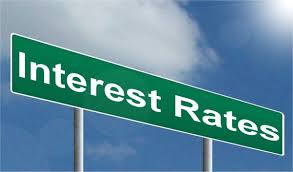 The combination of high debt and rising interest rates is putting pressure on Canadian households, many of which are now struggling to make their debt payments in the months after last year’s rate increases. With the most recent interest rate increase on January 17, debt just got more expensive and it’s getting even harder to make ends meet.

According to the MNP Consumer Debt Index:

“Having low interest rates over such a long period of time created a number of problems for Canadians; firstly, many consumers had the opportunity to accumulate a great deal of debt and spend beyond their means. It also desensitized people to the dangers of debt, because we were lulled into a false sense of reality with low rates for many years,” says Jeff Schwartz, Executive Director, Consolidated Credit Counseling Services of Canada.

“With rates creeping up and consumers already stretched extremely thin, a new reality is setting in: one where the cost of carrying debt, in addition to your other cost of living, keeps climbing. Highly indebted Canadians are more vulnerable than ever and are realizing the consequences of a buy-now, pay-later mentality,” says Schwartz.

If you’ve got a high debt load, are feeling the pinch of high interest rates and are worried about how you’re going to manage with higher interest rates, it’s not too late to get back on track, but you’ve got to act quickly to get a handle on your debt.

You are already paying more out of your pocket to carry the debt that you’ve already got. Don’t create more problems for yourself by adding to that debt pile. Shelve your credit cards and go on a cash only diet. If you don’t have cash on hand, you don’t buy it.

This may seem drastic, but with rising interest rates and the rising cost of living, there’s an urgency to get your debt down as soon as possible.

Ideally, you should be trying to pay down all of your debt, but get rid of higher interest rate debt immediately. If it is feasible, do a balance transfer onto a lower interest rate card and close the higher rate cards.

Don’t use debt to cover expenses

As this survey indicates, a rather large number of Canadians are anticipating using debt to cover expenses in the coming months. That literally means that people are planning ahead to spend beyond their means. Avoid using debt to pay bills. Retool your budget and find other ways to cover costs.

In addition to cutting unnecessary spending, increase your cash flow to make it easier to stick to your cash-only budget.  Sell unwanted items, get a part-time job to boost your income or find lower cost ways to obtain the same products and services your require.  This strategy will help to cover any shortfall that you might be considering using debt for.

Has debt got you worried? If you’re in way over your head with your debt, know what your options are. Call us at 1-888-294-3130 or check out our free online debt analysis . 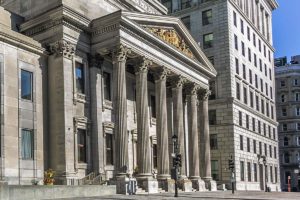