Home » Financial News » 30% Price to Income Ratio in Canada: Is it realistic?

Are Price to Income Ratio in Canada Achievable?

Data from Statistics Canada states that housing price to income ratios in Canada i.e. the proportion of average total income of a household that is spent on shelter costs, shouldn’t exceed 30%. While this may be achievable in some of the cities with lower housing costs, it’s difficult to follow in larger cities. Toronto and Vancouver have significant numbers of people with housing costs-to-income-ratios of 50% or more! That would imply that a significant number of people would be underwater with their mortgages if rates were to rise. 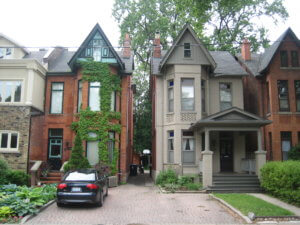 A common rule advised by any financial advisors and lenders is that you shouldn’t spend more than 30% of your income on housing i.e. your mortgage payment shouldn’t exceed 30% of your monthly income. It seems like a reasonable benchmark, allowing for some saving and preventing overspending on housing. But is it realistic? The 30% rule has been around for a long time (nearly half a century) and has gone unchallenged even though times, costs and circumstances have changed. Its applicability really depends on your income and where you live.

Vancouver and Toronto being above 30%

Larger cities like Vancouver and Toronto with more expensive housing have a large number of people spending much more than the advised 30% on housing. The price to income ratio averages in Vancouver and Toronto are 11.2 and 8.2 respectively. Both of these cities have the highest housing prices but are also among the lowest median incomes.

It just doesn’t make sense to use that standard to decide whether an individual is spending too much on housing as it can be the other way around where the housing is actually too expensive. Housing affordability should also factor in advantages coming from living in an expensive area such as better public transport, education and other facilities. It may make sense for some individuals to spend more on their housing if it results in spending less in other areas.

For variable rate mortgages, when interest rates go up, we can expect a rise in people’s mortgage payments. After decades of historically low interest rates, the Bank of Canada recently announced interest rates hikes, with potentially more on the horizon. So one in two mortgage holders in Canada will be renewing their mortgage in the next 12 months and they will face higher rates when they do, resulting in a shock for sure and may start pushing homeowners from variable to fixed rate mortgages instead.

As a result of the new mortgage stress test and higher interest rates, consumers will fall into any of the following categories:
1. Will go with a short-term adjustable rate mortgage and they will qualify
2. Will lengthen the amortization period of their mortgage to qualify and shelter themselves from more immediate hikes.
3. Will go to alternative lenders because those lenders aren’t subject to the new 2018 mortgage stress test.

A rise in mortgage rates will impact current homeowners with variable mortgages for sure. For example:
For a mortgage of $500,000, amortized over 25 years at today’s best five-year fixed mortgage rate of 2.84%, the mortgage calculator shows a monthly mortgage payment of $2,325. A mortgage rate hike to 3.84% bumps the monthly payment to $2,587. Another bump to 4.84% would raise it to $2,863. That’s about a $500 monthly increase for a two percentage point bump in rates.

Those with fixed rate mortgages don’t have to worry about this until it’s time to renew. But if they’re worried about higher rates later on, they can go for an early renewal or stretch their mortgage over a longer time to lower monthly payments. On the other hand, those with variable rate mortgages will have their rate go up when the Bank of Canada raises rates. An option to deal with that is to choose to lock into a fixed rate mortgage.

Mortgage rates in Canada are still very low and chances are they will go up. History has shown us there’s no limit to how high they can go. But a sudden run-up in mortgage rates is relatively unlikely. What’s more probable is a slow climb of a couple percentage points over the next few years. The best way to prepare is to take some time now to stress test your mortgage and plan for the inevitability of higher rates.

Taking out more debt before you become a homeowner will only leave you with more debt to pay back before you own your home outright. Reduce your overall debt load first. Call us today at 1-844-402-3073 or visit our online debt analysis.