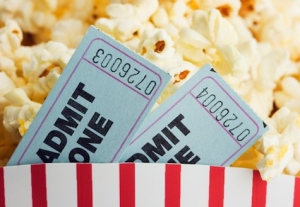 Red carpets, designer dresses, and movie stars. Hollywood defines glamour, and the glitz has moved north this month for the Toronto International Film Festival (TIFF). The film industry has its eye locked on Canada, as TIFF is usually an early indicator of which films will make a splash in the upcoming year.

You don’t need to go to TIFF to enjoy movies, but you might feel like you need to have a Hollywood-sized budget to catch a flick. Canadians on a tight budget might prefer bargain-bin DVDs over expensive theatre tickets.

Statistics show that North American ticket prices grew by 35% over the last decade. In many cities across Canada, tickets cost more than $10, and your bill swells enormously if you add snacks or decide to go see a film in 3D or IMAX.

However, Jeff Schwartz, Executive Director of Consolidated Credit Counseling Services of Canada, suggests Canadians could indulge every now and then.

“Sometimes when people are trying to save money, they deprive themselves of things they enjoy,” says Schwartz. “Frugality is good but you don’t want to cause yourself unnecessary grief.”

And here’s the good news – you actually don’t need to be Brad Pitt to afford a trip to the movies. Consolidated Credit has a bit of advice on saving money at the movies:

“Saving money and getting out of debt doesn’t mean you need to punish yourself,” adds Schwartz. “Treat yourself to a night at the movies and congratulate yourself on the financial headway you’re making.”

Consolidated Credit has trained credit counsellors who are willing to help concerned Canadians with their financial issues. Often, learning how to budget your money and knowing how to manage money are two neglected skills that could prevent many debt problems before they start. Reach out today by calling 1-888-294-3130 for your first counselling session.