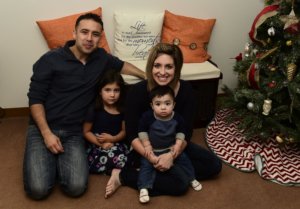 You are the first and best teacher that your child has when it comes to all of the things that really matter in life- like values and hard work. You have particular influence when it comes to managing money. Despite knowing this, most parents are reluctant to talk to their kids about money, according to a new survey.

The survey found that:

“It can be hard to talk about money to your kids, especially if your own money management habits have been less than perfect. However, if your kids don’t learn about finances early on, there is a risk that they will carry debt loads or run into financial trouble when they are older, which isn’t a good alternative,” says Jeff Schwartz Executive Director, Consolidated Credit Counseling Services of Canada.

“What’s more is that they may become financially dependent on you for longer, which will delay your financial goals. Help set your kids on the road to financial security by initiating that conversation and living good money habits together as a family,” says Schwartz.

So the next time that your child asks you to buy them something or give them money, instead of just saying no or giving in to make the purchase or dip into your  wallet to dole out cash, use the opportunity to start talking to them honestly about money.

Obviously, the nature of your conversation will vary depending on the age and stage of your child. But here are some tips to help your kids develop good money habits as they grow:

Kids in this group are very tactile, so using concrete examples is a good idea. Lay out coins and bills and teach them about the “number“ assigned to the currency. While it may be some time before they actually grasp the concept in the context of their own spending, starting early is a great idea.

It’s time to start connecting value of money with time. Get them involved in doing odd jobs around the house to earn money so they can understand that money doesn’t grow on trees (or randomly come out of the ATM). Get them in the habit of saving from their earnings (maybe from gifts or from small jobs around the house) and “deposit” the savings into a jar or a piggy bank.

When it comes time to make a purchase at their request, you can decide together if they’ve got the money that they’ve earned to afford it.

This is also a good stage to open up a bank account and learn about how to use a debit card and keep it safe.

This is the era of part-time jobs, so encourage your teen to get to work. It’s also a prime time to negotiate by splitting costs with your teen, which will make them think twice about spending, drilling down the difference between need and want.

If it is feasible, this is a good opportunity to get older teens a credit card. This teaches them about timely payments. It also lets you teach them about budgeting and spending within their means, while you still offer them a safety net.

Encourage your young adult to minimize the amount of student debt that they take out by reducing expenses and working-part time during school. Explain to them that the more debt you’ve got when you graduate, the further off your other financial goals as an adult will be.