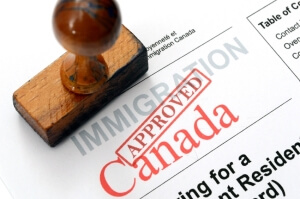 The Toronto Foundation released its annual Vital Signs report this week, offering an in-depth report card on a wide range of topics, including demographics, employment, and housing in Canada’s most populous city.

Perhaps the most interesting number in the report is “51”. That’s the percentage of people living in Toronto who were born outside of the country, meaning more than half of Torontonians are first-generation Canadians. According to Statistics Canada, the country has a foreign population of about 6.7 million, many of whom settled in major cities in Ontario, British Columbia, Alberta, and Quebec.

Toronto is the first Canadian city to hit the more-than-half-milestone, with Vancouver close behind (47 per cent of Vancouverites are new Canadians). Of Toronto’s first-generation Canadians, one-third of them arrived within the past decade.

Nation-wide, the percentage of new Canadians drops to 22 per cent, which is still a significant level of multiculturalism with one-in-five coming from a different country.

Diversity is a source of pride for many, but a recent report from BMO shows that new Canadians are having financial difficulties, and an RBC poll points out that 60 per cent of immigrants have trouble understanding the Canadian financial system, including how to establish and build credit.

Consolidated Credit has put together a list of tips for settling in s new country:

If you want to learn more about making responsible financial decisions, check out Consolidated Credit’s free Personal Finance educational section. If you’re struggling with debt, call one of our trained counsellors today at 1-888-294-3130 for a free debt analysis.