Home » Financial News » Staving off the Rising Tide of Insolvencies

Is the credit party finally over?

Canadians have spent years racking up record-high debt levels like there was no tomorrow.  Well, the alarm has gone off – the morning is here, and Canadian debtors are waking up with a mean hangover.

A recent report from the Office of the Superintendent of Bankruptcy (OSB) shows consumer insolvencies are up in every part of the country, at an average increase of 6.3 per cent nationally, when comparing February 2015 to February 2016.

The data from two years ago paint a grim picture for oil-producing provinces.  In February 2016, Alberta’s rates of insolvencies are about 60 per cent higher than they were two yea 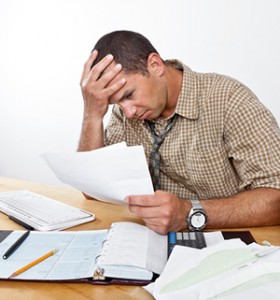 While Jeff Schwartz, executive director of Consolidated Credit Counseling Services of Canada, is not surprised by the numbers, he is saddened that so many Canadians have been pushed over the financial cliff.

“We need to remember what these numbers mean,” says Schwartz.  “They are not just statistics, these are actual families who are dealing with some serious financial ruin.”

Schwartz notes it’s not just the oil-producing provinces suffering.  He points to Ontario (+8.6%) and British Columbia (+8.3%), two provinces with strong employment growth which are above the average insolvencies rate increases.

“It goes to show you don’t need an economic disaster to derail your finances,” adds Schwartz.  “If you are living paycheque-to-paycheque with very little wiggle room, any one of life’s surprises could have a massive impact.”

Schwartz hopes these sobering numbers will cause Canadians to rethink their spending habits, and offers the following tips to those who are struggling to keep their heads above water:

Get proactive.  Don’t let a single dollar out of your sight without knowing exactly how it is being spent.  This means following a budget and tracking your bank and credit card statements to make sure you’re on track.  You can’t afford sloppy spending.

No Band-Aid solutions.  The world of debt relief is full of predators – don’t get hoodwinked by firms offering too-good-to-be-true debt solutions.  Think twice about relieving your debt troubles with payday loans or cash advances.  Real results are going to require real work.

Downsize.  People can wind up in serious debt problems when they try to live beyond their means.  Reassess your current situation – could you get by with one car instead of two?  Could you move to a smaller house or rent out your basement?  Do you actually need all of those cable channels?

Paper over plastic.  Time to put a moratorium on any further credit card usage.  If you don’t have the cash, you can’t make the purchase.  Focus on reducing your credit card balance instead of increasing it!

Know when to seek help.  If it seems like no strategy will solve your debt problem, then it is time to seek professional help.  Non-profit credit counsellors will offer advice that is free of charge, as well as free of bias and judgment.  Make sure you’re in good hands by finding someone with a strong rating with the Better Business Bureau.

Consolidated Credit’s trained credit counsellors can be reached at 1-888-294-3130.  Try our Free Debt Analysis online to start the processes online, and check out some real cases from real people who have benefited from our Debt Management Program.

Alternatives to Declaring Bankruptcy in Canada

There is alternatives to declaring bankruptcy in Canada that provides a fresh start to those beleaguered with debt. Find out more...Read full article

Types of Bankruptcy in Canada

Learn about the types of bankruptcy you can file in Canada and which (if any) is right for your unique financial situation...Read full article

Learn the difference between a consumer proposal vs debt settlement so you can choose the best option to settle your debts. Find out more...Read full article 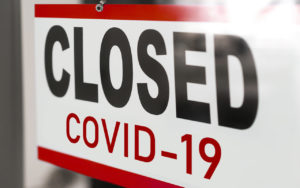 When Should a Small Business File for Bankruptcy During the Pandemic?

Are you a small business considering filing bankruptcy during the pandemic? Cosnider these tips before you takes the steps to close down shop...Read full article