Home » Financial News » Tax Freedom Day is here, but at what cost?

If you think outside of the box, Tax Freedom Day is probably one of your favourite holidays.

Do you feel like you pay too much in income tax? The most significant expense for most Canadians isn’t housing; it’s income tax.

Paying a high portion of your annual income to taxes has a detrimental effect on society as a whole. It means the average Canadian has less money to invest in the economy as well as fewer dollars to get out of debt. Tax Freedom Day is a way to draw attention to how much Canadians pay in taxes.

What is Tax Freedom Day?

Tax Freedom Day is a made-up holiday by the Fraser Institute. The Frasier Institute calculates the total tax bill Canadians families face by all three levels of government – municipal, provincial and federal. If Canadians were paying taxes upfront, every dollar earned would have gone to the government up to this point.

When is Tax Freedom Day?

Keep in mind that June 14th is the average for Canadians. Tax Freedom Day varies by province, depending on each province’s amount of taxes. For example:

Furthermore, if governments across the country raised taxes to balance government budgets instead of running a deficit, the Balanced-Budget Tax Freedom Day would happen eight days later on June 22nd.

If your budget is feeling tight from all the taxes you pay, you’re not alone. That’s why Consolidated Credit is offering some tips on better managing your finances.

Get to Tax Day Quicker

Instead of treating savings as your last priority, make it your primary objective. Set yourself the goal of saving a certain percentage of your paycheque. Aim for 10 percent, although something is better than nothing, so start with whatever you can afford.

Have your savings deducted automatically from your paycheque at work, so it’s out of sight, out of mind. That way, you won’t be tempted to spend it.

According to the 2019 Canadian Financial Capability Survey, nearly half of Canadians had a budget. That’s up from 46 percent in 2014, although that’s not nearly enough.

Are you part of the group of Canadians who doesn’t have a budget? You’re doing yourself a disservice by not having a budget. Without a budget, it’s hard to figure out where your money is going. By sitting down for an hour to create a budget, it’s a worthwhile exercise that will pay off in spades over the coming years.

The taxman may always get paid, but it doesn’t stop you from putting whatever money is leftover to good use. Figure out what your financial priorities are and come up with a game plan to achieve your goals.

Figure out what your priorities are and put a plan in place.

Save money when possible

With at least a third of your income going towards food, shelter and clothing (maybe more if you’re in a big city like Toronto or Vancouver), focus on saving money in those areas first.

When shopping at the supermarket, try to buy in bulk and on sale. When pasta sauce is on sale, load up on it (but keep an eye on the expiry date. Likewise, try to buy produce in season. Treat yourself to cherries during the summer, but avoid them during winter when they’re at their most expensive.

If you find you’re ordering takeout more than you should be because you’re busy during the week, come up with a game plan to avoid fast food. If you have more time on the weekends to cook, you might consider cooking your meals in batches on the weekend. Heat your food when you get home during the week, and the temptation to order takeout diminishes.

In the clothing department, go through your closet and sell anything you haven’t worn in at least a year. You can sell your old clothing that’s in decent shape online or at vintage clothing shops.

If 50 percent of your paycheque is going towards housing costs, it’s way too much. Consider moving somewhere more affordable. If you’re in a two-bedroom apartment on your own, do you need that much space? Consider downsizing.

You might also consider renting out your place to roommates or tenants. Just make sure you put ground rules in place, so everyone knows their responsibilities when it comes to chores and paying the rent on time.

Few successes in life come without a solid plan backing them. Whether you’re looking to get in better shape or get your finances back in order, it helps to have a solid plan, so you know precisely what to do. Use budgeting tools if you aren’t already to get your finances on the right track.

Be relentless in your savings goal. Set an aggressive savings goal and be willing to do whatever it takes to achieve them. Whether it’s diet, exercise or savings, once you get into the daily routine of doing it, it will become like second nature. You’ll be well on your way to saving money, regardless of how much you’re paying in taxes. 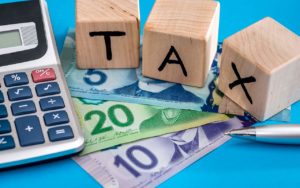 The tax changes for COVID-19 are a welcome reprieve from the first quarter of 2020. Read about the deadline changes and see how they apply to you...Read full article 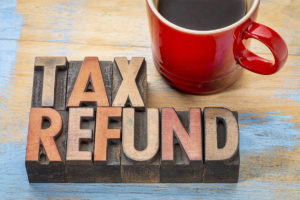 Tax Refund for the 2020 Season

You can do a lot with your tax refund, including paying down debt. Learn how to maximize your refund and use it to get ahead of your finances...Read full article 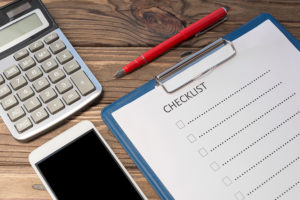 Not sure where to start when it comes to tax preparation? Consolidated Credit helps get you ready to file your personal income taxes correctly to avoid financial hassle and maximize your… Read full article 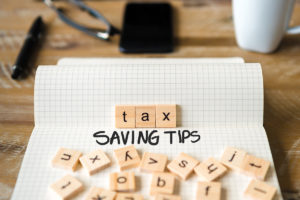 Consolidated Credit offers tax savings tips so you can file with confidence. Make the most of your 2020 tax season and maximize your returns...Read full article