Home » Financial News » Ways to save money this Halloween

Christmas is thought of as an expensive time of year, but did you know that Halloween can be almost as expensive? 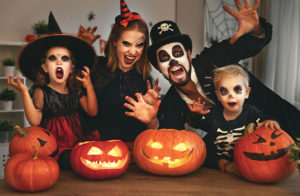 That’s right; the expenses of the year’s scariest holiday can really add up and be downright spooky if you’re not careful. At first what can start out as a friendly competition among neighbours on who can make their home look the spookiest, can become a game of one-upmanship where nobody’s the winner, except the retail stores cashing in on all your Halloween spending.

While the average household doesn’t spend as much on Halloween as they do on Christmas, Halloween spending is still on the rise. According to a survey by National Retail Federation (NRF), Americans typically spend about $5.8 billion (U.S.) on Halloween. The average American family will spend $66.28 on a costume, candy and decorations. Canadians, on the other hand, aren’t far behind. Canadians usually spend about $1.5 billion (Canadian) on Halloween, or an average of $60, according to the Retail Council of Canada.

You overspent on Halloween last year and you don’t want to do it again this year. I hear you. Based on the above stats, clearly you’re not alone. The good news is that are plenty of ways to save.

Here are some easy ways to save money this Halloween while still having a scary time.

If your kids are anything like mine, they won’t want to wear the same costume two straight years. In fact, when all is said and done, they may only be wearing their costume for a few hours. Despite how much your kids think otherwise, it simply doesn’t make sense to invest a lot of money in Halloweens costumes.

Have you ever considered repurposing old costumes? If you dressed as Superman last year, you may be able to use the cape as part of a new costume this year. Check your costumes from prior years to see if there’s anything you can reuse. It’s all about getting creative, saving money and having fun.

If you’re skilled when it comes to a sewing machine, why not sew a costume for your kids? The Internet is full of creative ideas for DIY Halloween costumes. Check out websites like YouTube for some good ideas.

Instead of making your child’s costume for them, why not let them make their costumes themselves? Plan a trip to the arts and crafts store. You’d be surprised the creative costumes you can come up with using glitter and glue.

You might even consider starting a yearly Halloween costume exchange at your kid’s school or between friends and neighbours. That way everyone saves money!

Similar to Halloween costumes, when searching for candy for your children, instead of waiting until the very last minute, start shopping early and look for sales. You may be surprised to learn that treat-sized candies are available to purchase year round and are often advertised in supermarket advertisement flyers. If it’s a slow night and you don’t end up giving away all your candy, you may even be able to return unopened packages of candy to get a refund, as opposed to letting them spoil.

Lastly, be sure to plan ahead when buying candy. While you can save money buying in bulk, you won’t end up saving money if you have to throw out half of it. Estimate how much you’ll be giving away at the door and buy accordingly. Buying too much candy means you’ll be left with a stomach ache and an emptier wallet. Neither is fun.

Are you hosting a Halloween party? It can be tempting to buy the prefab decorations and store-bought food, but that will set you back some serious cash. Why not get creative? Not only is making your own decorations a fun activity with your kids, it’s a great way to reduce costs. But why stop at homemade decorations? You can make your own snacks, too. There are plenty of creative Halloween-themed meals to be found online with scary names like “chipotle-spiced steak-through-my-heart” and “monster mash guacamole.”

Looking for some entertainment? Get creative with games like Bobbing for Apples and Pass the Pumpkin (a small pumpkin is passed from chin to chin between children without dropping it). Once the night comes to a closes, instead of giving everyone loot bags, all the kids can participate in a fun Halloween arts and crafts activity and have something creative and scary to take home.

Get a Head Start

While you may have just started the post-Halloween cleanup, November 1st is also a great time to start thinking about next year’s Halloween. Many stores offer huge discounts in an effort to clear out space for the next big holiday, Christmas. Why not lend them a helping hand and take some of that Halloween stuff off their hands at a discount? Costumes and decorations are a good idea to check out since they don’t come with expiration dates, while candy is best to stay away from unless you enjoy handing out stale candy.

Plan Halloween with Your Children

Instead of simply decorating for Halloween, why not get your children involved? It’s a great way to teach them a lesson in finances at the same time. You can work together with your child to create a Halloween budget. Work with your child to come up with a list of what they want Halloween to look like at home. Once you’ve narrowed down the list, figure out exactly what supplies you need to bring their ideas to life.

Before heading to the store, determine out what supplies you already have around the house. Once you’ve figured out what you have to go out and purchase, assign purchase prices to items, making sure they fit within your Halloween budget. Look at the ideas one last time together to see if there’s any other ways to save money. To further incentivise your children, offer them a reward for staying within the Halloween budget. Who knew Halloween could be so educational?

Are you planning to host a Halloween party for all your child’s friends to join? Buying treats for 12 of your child’s best mates can be expensive. Giving away loot bags can set you back some serious dough as well. Instead of financing a Halloween party yourself, why not have a potluck instead? Ask everyone to bring their favourite Halloween treats. With a variety of spooky goodies, everyone’s bound to have a happy Halloween.

What would Halloween be without a pumpkin? If your family is anything like mine, carving pumpkins is a Halloween tradition. But pumpkins don’t come cheap. If you’re planning to carve at least a couple to sit atop your front porch, the cost can easily add up. However, by planning your pumpkin purchase ahead of time you can save some serious money.

Look for pumpkins a few days before Halloween. You’re more likely to snag some pumpkins at a discount, as retailers aim to get rid of them before they spoil. Speaking of spoiling, while it’s tempting to start carving your pumpkin early, you’ll want to do your best not to give into temptation. Carving your pumpkin too early can mean that it spoils before you get a chance to display it for Halloween.

Also, who’s to say you need to buy a pumpkin every single year? By purchasing a reusable pumpkin from a store selling Halloween decorations, you can save time and money, too. Just make sure you don’t mind not using the real thing, otherwise you’re probably better off buying a real pumpkin.

The Dollar Store is your best friend for Halloween. You can find cool Halloween decorations at super affordable prices. Just don’t wait to go shopping until the last minute. Otherwise, all the good decorations are likely to be gone, leaving you high and dry.

These are some of our best ideas for saving money on Halloween. That being said, there’s nothing stopping you from figuring out your own way to save money. If you’re able to save money and have fun, too, I’d consider that a pretty good Halloween. By planning ahead, that includes your child’s costume and your Halloween candy supply, you’re more likely to escape the year’s scariest holiday with your budget still intact. 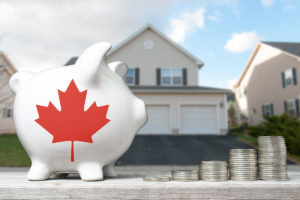 The Canada household saving rate is increasing during the pandemic. And it makes sense, considering the current financial insecurity...Read full article 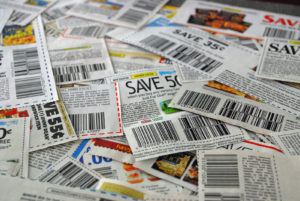 Couponing Tips: How to Organize Coupons

Saving should be simple. Here are some basic couponing tips that will help with how to organize coupons once you have clipped your local Sunday paper..Read full article 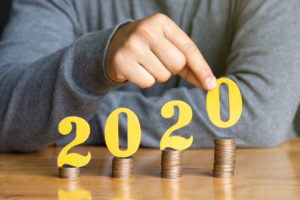 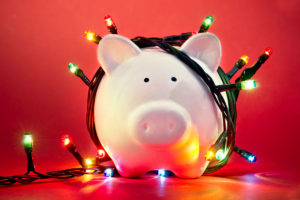