Home » Financial News » Which Cities Have the Priciest Petroleum?

Which Cities Have the Priciest Petroleum? Drivers in Vancouver and Montreal pay the most at the pump 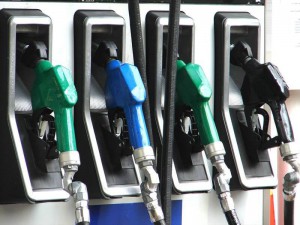 (TORONTO, ON) – 2015 has been a good year for summer road-trippers, with some Canadians saving more than 20 cents per litre compared to prices from summer 2014.  A new interactive map released by Consolidated Credit compares summer gas prices in 2015, 2014, and 2010, showing that the average driver could be saving 8 to 10 dollars each time they fill up.

However, people living in Vancouver and Montreal are not breathing as easy –this summer, Vancouver drivers are paying as much as 30 cents more per litre than motorists in Winnipeg:

2015 prices are based on CAA data from July 7.  2014 and 2010 prices are July averages from Statistics Canada.  Prices are dollars per litre, regular unleaded gasoline at self-serve stations.

The differences are largely thanks to taxes, with provincial fuel taxes varying across the country.  Vancouver and Montreal get an extra dose of taxes from the local government.

According to Jeff Schwartz, executive director of Consolidated Credit Counseling Services of Canada, relief at the pumps – however big or small – is a welcome change for cash-strapped Canadians.

“With so many families living paycheque-to-paycheque, an extra $40 or $50 per month could mean a lot,” says Schwartz.  “It’s a reminder that every little bit helps; we should be doing everything we can to cut back on our gas consumption, regardless of the current price per litre.”

Summer is not finished yet, so Schwartz and the team at Consolidated Credit have put together the following tips to cut your gas costs when you hit the open road:

While reaping the benefits of your savings at the pump, Schwartz adds an extra bit of advice:

“This isn’t just ‘bonus’ money to spend on a few extra snacks at the gas station,” says Schwartz.  “Add it to your credit card payments and get out of debt faster, or put it in a savings account and build an emergency fund.”